How Semiconductors and Transistors Work 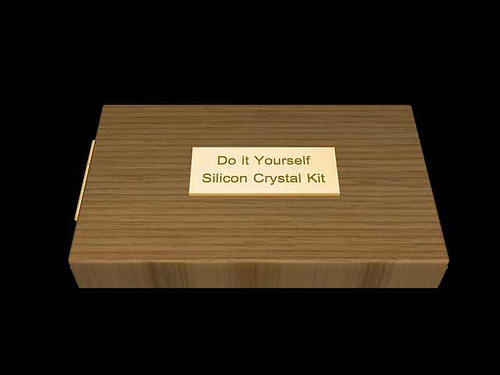 Here is shown a Do It Yourself kit for making silicon atoms and crystals to demonstrate how semiconductor crystals work and how they are used to make transistor switches.
To start with, 14 protons and neutrons come together to make up the nucleus of the atom.Due to the protons, this nucleus will have a charge of +14.

With their negative charges, the first two electrons are then attracted to the positive nucleus.Physicists calculate the exact position of the electrons based on Quantum Mechanics (QM).

The strange laws of QM say that, at this magnification, electrons act more like clouds than small solid balls. These first two electrons form spherical clouds around the nucleus that physicists label “1s orbitals”


Electrons 3 and 4 are also attracted by the nucleus. But negatively charged electrons repel one another. So, to avoid the electrons already in place, these electrons form a slightly larger sphere.
QM then says that electrons 5 and 6 organize into peculiar clouds with two lobes, one on either side of the nucleus.

The next two pairs (electrons 7 & 8, 9 & 10) form similar lobes. However, to avoid the earlier electrons, these lobes point in other directions.