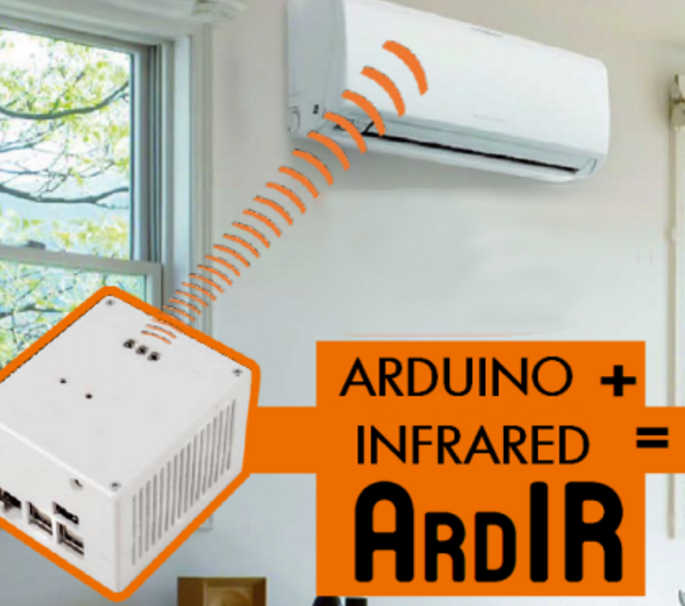 This project presents a universal infrared remote control that can also be managed via Internet, based on RandA (supplied with a dedicated shield) and on Raspberry Pi2.

Despite the fact that still only a few people take advantage of the “smart” revolution in home automation (intended as a complete and integrated automation and computerization of the devices in our homes), it must be said that the number of such applications grows day by day, and that they offer a solution to many big and small problems of everyday’s life. The ArdIR project we present in these pages is a very particular application in domotics, since it simulates the remote control for the TV, for electrical appliances and for air-conditioning, by sending the same data those would be sending to the wanted device. However, it is entirely programmable and remotely manageable, since it can be “seen on a network” such as a Web Server showing its own pages, to which to connect to give orders.

With such premises, it appears clear that its “elective” usage is to control the air conditioning system: those who are away from home may connect to the Internet to turn it on, and giving time to it, so that it may bring the temperature to the wanted level before our return. But even if staying at home, there might be need to control a device (such as the television or the stereo) from different rooms, without having to move. Finally, ArdIR can be used as simple substitute for the remote control, in the case this was out of order; or in order to exceed its coverage limits.

At the basis, ArdIR operates as a common “universal” remote control: in the beginning, it needs a learning phase to memorize the codes of the remote control(s) and after, when required, the said codes are sent to the device to be managed. The plus resides in the fact that ArdIR is not driven by a physical keyboard, but by a “virtual” one, presented on the HTML/JS page, and shown by its Web Server with HTTP protocol. Therefore it can be seen by connecting yourself with a smartphone, or via PC by means of a web browser.

At a practical level, we have to consider that, as a principle, the hardware system could simply be composed by Arduino, to be connected to an appropriate shield supplied with a receiver (for the learning phase) and with Infrared LED emitters. To add the network connectivity, however, Arduino is not enough: our choice therefore fell on the usage of the RandA board, that we presented a few numbers ago on this magazine. It is as easy to use as Arduino, and adds to it the computing power and the amount of memory offered by Raspberry Pi and Arduino, as “separated” boards. To all of this, RandA adds different advantages:


With such an “equipment”, the only hardware board yet to develop is the shield with the interfaces needed for the infrared communication. We shall describe them in detail now.

The figure shows the the ArdIR shield’s circuit diagram, that certainly proves to be simple, both as a concept and as for the number of needed components. 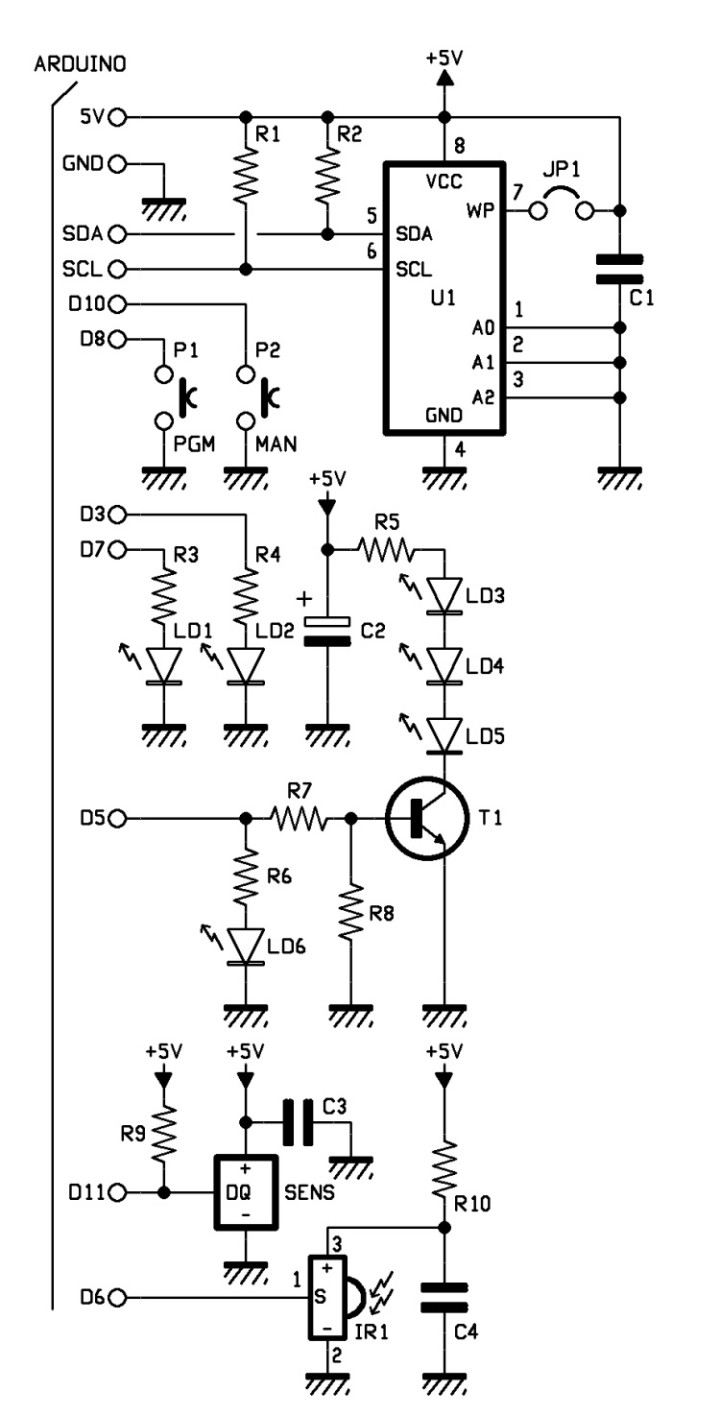