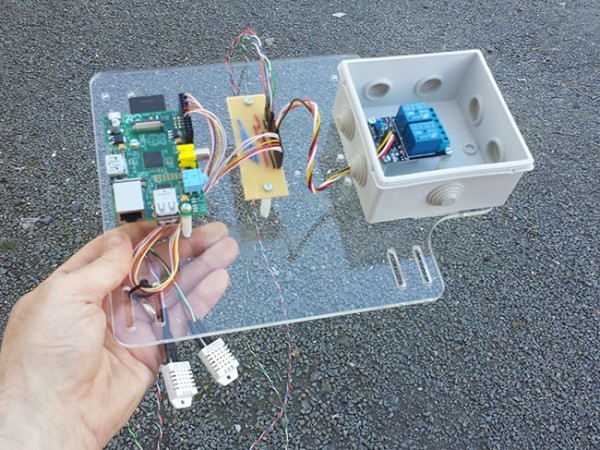 Over the last while I’ve been having a problem with excess humidity in the shower rooms. Imagine that, the builder never put in extractor fans when the house was built! Anyway, I could put in those fancy extractor fans with the built in timers or humidity sensors, but I decided to do things the more interesting way, by using a small computer to read the values from a humidity sensor in each room, and based on the readings, turn on the fan until the humidity was reduced to an acceptable level.


I happened to have several spare Raspberry Pi’s lying around, so that’s what I used for this project. But there’s nothing stopping you using an Intel Edison, Intel Galileo, Creater CI20, Beagleone Black, Beaglebone green, etc. Use whatever you’re comfortable with.