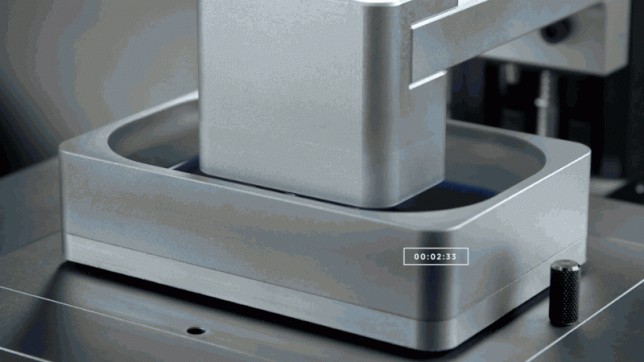 The startup had already raised $41 million from Series A and B funding rounds with Sequoia Capital and Silver Lake Kraftwerk, respectively, and, shortly after making its debut to the public, it wasn’t long before Carbon3D took in another $10 million from Autodesk’s Spark Investment Fund and started taking on beta testers, like Ford and Legacy Effects.

Last August, the Silicon Valley startup demonstrated that that was just the beginning, announcing a $100 million Series C funding round led by Google Ventures.


What makes this young firm worth $100 million and then some? The most immediately appealing feature of Carbon3D’s Continuous Liquid Interface Production is how fast it is, at 25-100 times the speed of other 3D printing technologies. This is made possible by an oxygen-permeable window that allows UV light to harden its photosensitive resin continuously, revealing no discernible layering, as seen with other 3D printing techniques. On top of that, Carbon3D claims that its CLIP technology can produce parts with consistent mechanical properties, similar to those produced by injection molding. Plus, it looks really cool!