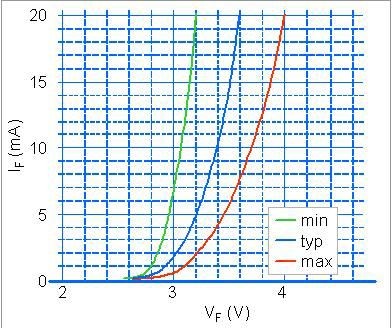 Emanuele @ dev.emcelettronica.com published an article on how to drive LEDs:

The LEDs (Light Emitting Diode) are diodes whose basic characteristic is the ability to emit light when they are passed through a current that flows from P to N region. At each recombination between the charge carriers (electrons and holes), on PN junction region, a photo emission is generated, and the total quantity of emitted photons, and therefore the light intensity, is proportional to the current intensity that passes through them. The emitted light has a spectrum – wavelengths distribution – that is defined according to the materials used in the realization of the diode PN junction, although it partially depends on the current intensity and on the junction temperature.