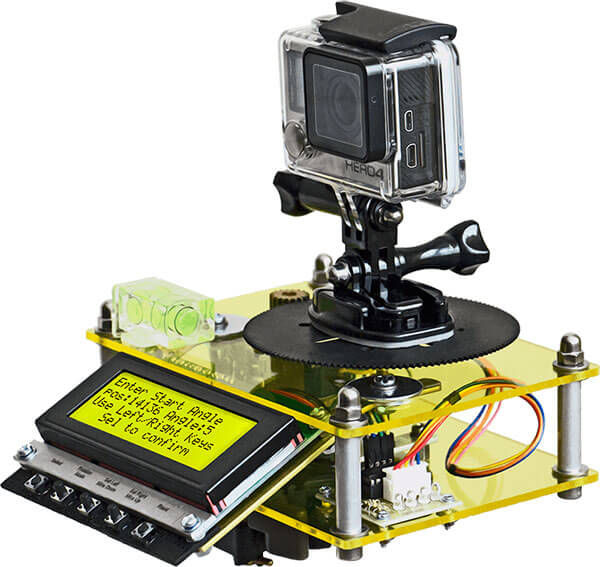 Panoramic photography can create fascinating exposures of the area around the user – to the point of producing professional output that can be sold (and often is). However creating a perfectly-aligned exposure can be a challenge in some situations.

With this in mind Brett Oliver has created an Arduino-controlled solution that uses a stepper motor to rotate the camera bracket – which allows for a customised level of speed, number of steps and exposures. This allows for all manner of experimenting and even creating 360-degre panoramas. Check out the video below for a demonstration of the interface and a resulting time-lapse panoramic video:

The Arduino controls a Geared Stepper Motor 28BYJ-48 via a ULN2003 Stepper Motor Driver Board. The 4×20 I2C LCD display and 5 micro switches form the interface to the Arduino. The controller has a Manfrotto 200PL-14 quick release tripod mount for attachment to my tripod and other mounting hardware fitted with a Manfrotto 323 Quick Release Clamp Adapter. Power is provided by a 50000mah USB Power Bank Battery Pack. 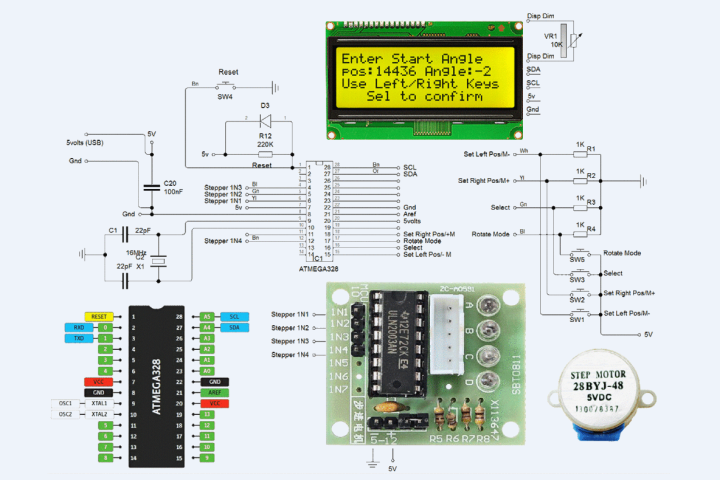 Author has added code for a 4×20 I2C LCD display and switches rather than the SainSmart LCD Keypad Shield. He has also removed the Arduino UNO shield and replaced it with an Arduino Atmega 328 mounted on vero board. Full schematics and vero board layouts included.

And here are some photographs: 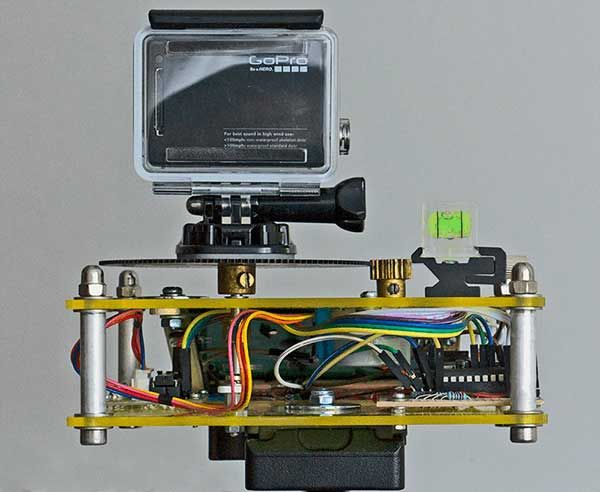 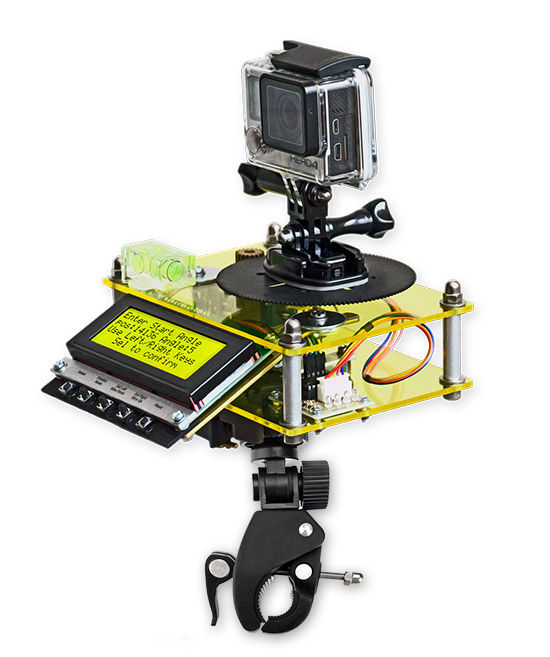 For more information on making your own version of this controller, head over to the project’s Instructable page.