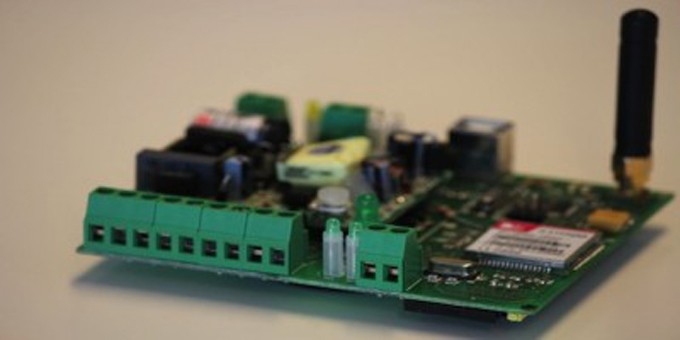 Emanuele from dev.emcelettronica.com has this project:

OpenduinoGSM is an open source tool for hobbyists & professional makers. The first project realized is the useful opengate (one ring with your phone and the gate is open). Inspired with OpenduinoGSM!


With OpenduinoGSM you have the option of using the Arduino development environment, so anyone, even those who are unfamiliar electronics and circuits, can try to realize the automation they want by writing simple code in C ++ or by using one of the many open source projects published and modifying it according to their needs. The steps to make a control and/or a wireless automation are few and simple: