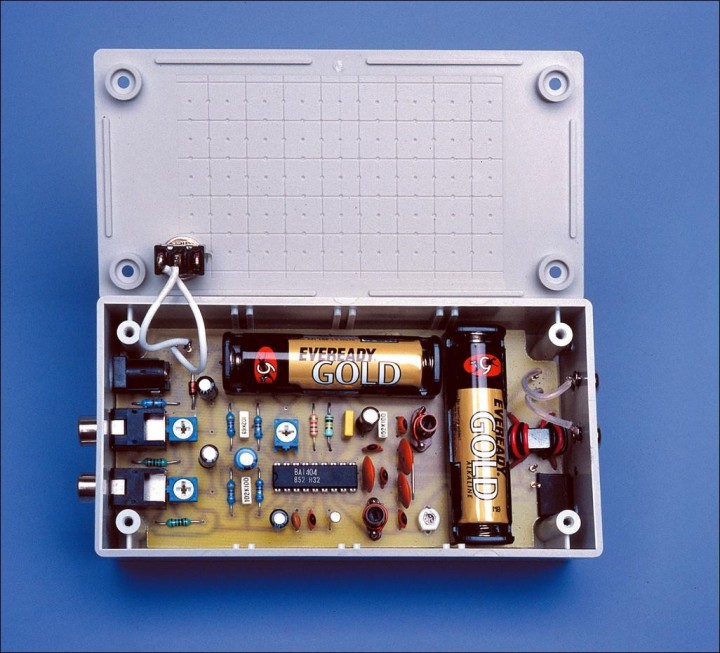 This simple circuit is based on BA1404 FM Transmitter, works with two AA batteries and can drive a 300W dipole antenna for improved range. There are many applications for an FM transmitter, particularly if it can broadcast in stereo. You can broadcast stereo signals from your CD player or any other source to an FM tuner or radio. The transmitter uses a single IC and a few other components. It broadcasts on the FM band (88-108MHz) so that it can be received by any standard FM tuner or portable radio.