The most important digital and technology trends 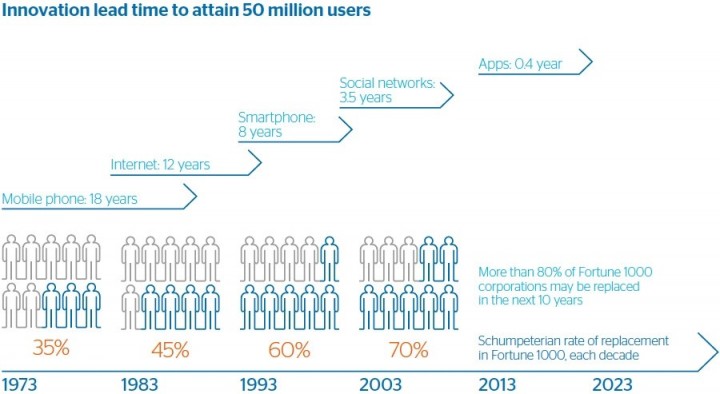 The rate at which innovation is taking place, facilitated by a variety of new technological groundwork on which new innovations are able to be propagated, has been increasing over the past decades. For example, the innovation lead time to attain a modest 50 million users has increased markedly since the 1970s, as shown in the picture above. The humble mobile phone took 18 years to reach the 50 million mark, while the internet took a surprising 12 years. Smartphones took a mere 8 years to reach the landmark, while social networks enjoyed a lead time of merely 3.5 years. Apps, facilitated by smartphones, took less than a year (0.4 years) to reach 50 million users.

Most interesting is the data about technology trends and their “disruption coefficient”. Experts say that in the next 10 years around 80% of the top 1000 companies in the world will be deleted by incoming new technologies.

So, if you’re approaching a new tech for work of personal interests, it could a great idea to focus on one of the most promising technologies that will transform our future: 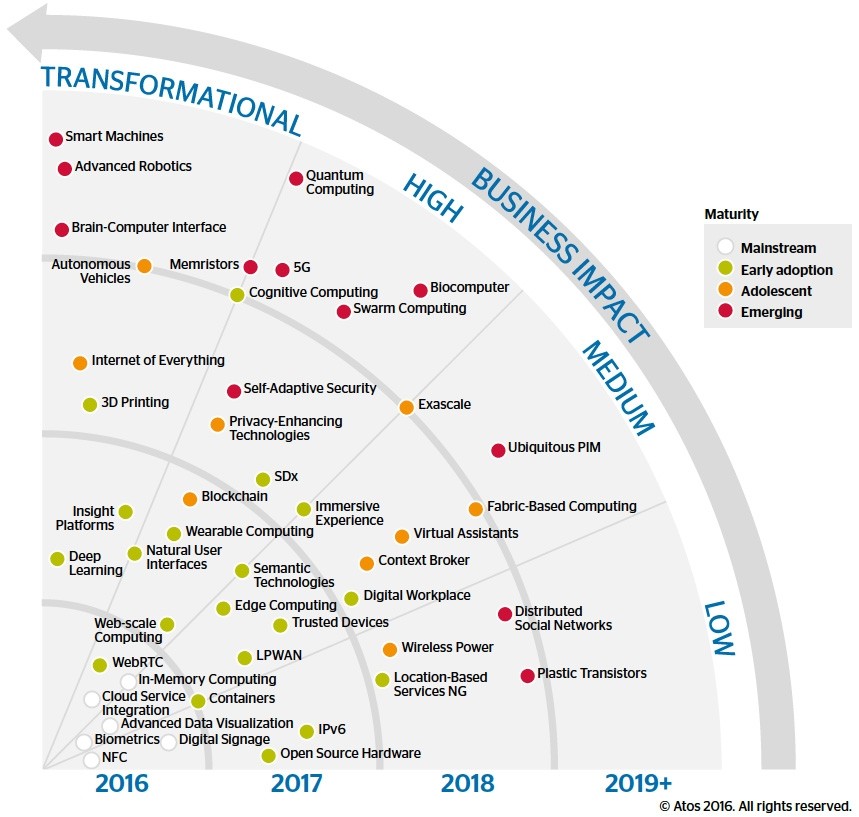 Source: The most important digital and technology trends for CxOs globally