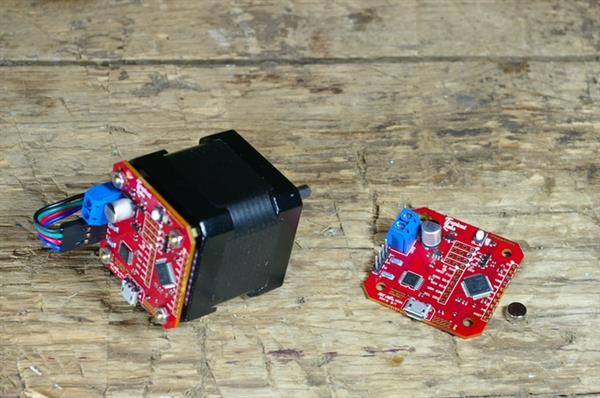 Tropical Labs, an electromechanical systems lab based in Washington, DC., has launched a Kickstarter campaign for Mechaduino, an open-source industrial servo motor for 3D printers and other machines. Mechaduino can be used as a drop-in replacement for NEMA 17 stepper motors and drivers. 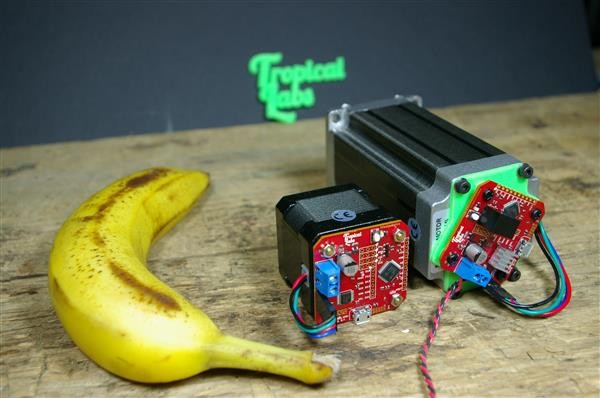 
The Mechaduino has already been tested on a RepRap Prusa i3 3D printer, functioning as a drop-in replacement for each stepper motor and stepper driver of the printer. “Closed loop motors run more efficiently since they only apply the required torque to track a position command,” explained Tropical Labs’ in a Hackaday project log. “Stepper motors must apply their maximum torque all the time. This means that the closed loop motor will run much cooler and can apply much higher peak torques.”

As the project gathered steam, the team’s ambition’s grew, with further objectives made for the new servo. These included anti-clogging capabilities, PID auto tuning, and adjustable commutation profiles. The team decided to launch a Kickstarter in response to the positive messages coming from Hackaday, and reached their target goal long before the close of the campaign.

While Tropical Labs has already raised more than double its Kickstarter goal, backers from anywhere in the world can still secure early copies of the Mechaduino until the campaign closes on July 21. A Mechaduino PCB can be secured for $45 and a Servo for $60, with discounts on offer for larger orders. Estimated delivery for all orders is September 2016.