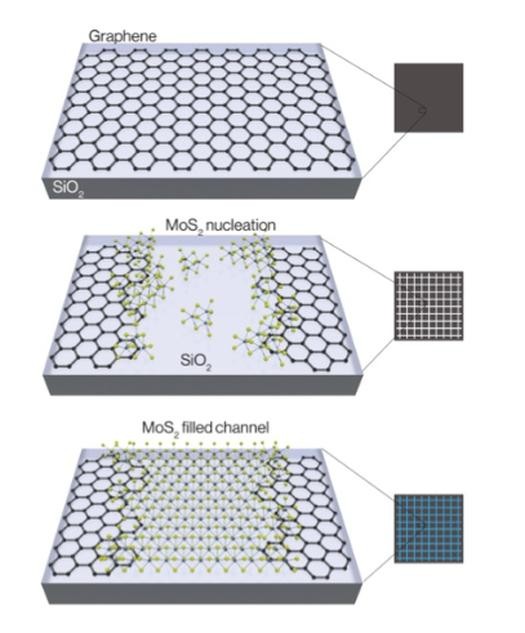 U.S. Department of Energy’s Lawrence Berkeley National Laboratory (Berkeley Lab) has developed a way to assemble transistors based on the 2D materials graphene and molybdenum disulfide. By Peter Clarke @ edn-europe.com

The method etches narrow channels in conducting graphene laid down on a silicon-dioxide substrate. These channels are then filled with a transition-metal dichalcogenide, or TMDC, or more specifically MoS2. Both of these materials have a 2D structure that is just one atomic layer thick. The synthesis method was able to cover an area a few centimeters long by a few a millimeters wide opening up the possibility of commercial-scale production in a wafer fab on a silicon wafer.