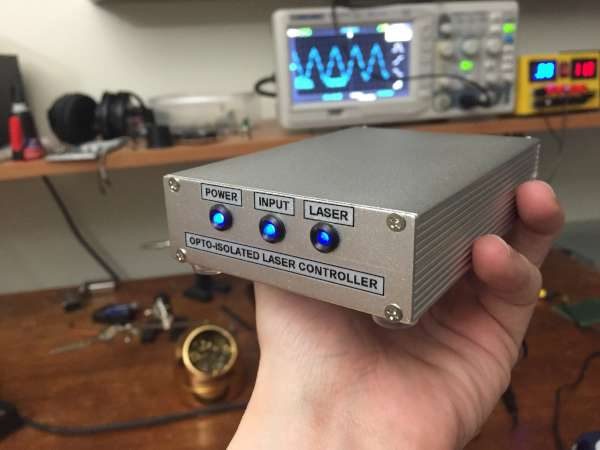 Scott Harden built his own opto-isolated laser controller and wrote a post on his blog detailing its assembly:

My goal was to utilize a free hardware output line to signal to a device that I build to modulate the laser in a special way. This way there would be no modification to any existing equipment, and no software to install. Further, since this hardware isn’t mine, I don’t like the idea of permanently modifying it (or even risking breaking it by designing something which could damage it by connecting to it). The specific goal is to allow the existing software to cause the laser to fire 20 ms pulses at 15 Hz for a few dozen cycles of 5s on, 5s off. It’s also important to have some flexibility to reprogram this firing protocol in the future if a change is desired.