HAL 9000 reimagined as a useless machine 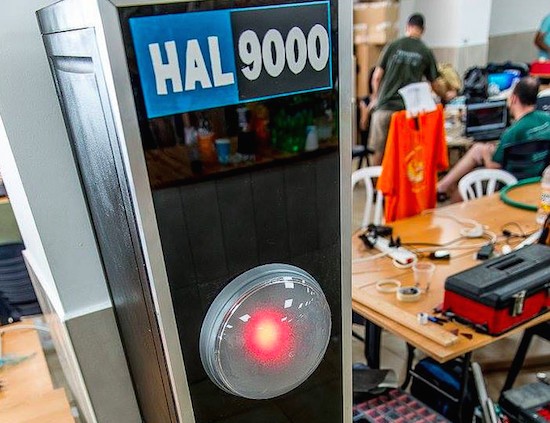 GeekCon participants add a switch and actuator to a HAL 9000 model for the world’s largest “leave-me-alone box.”

You’ve probably seen the silly boxes that when you flip a switch to turn it “on,” an arm comes out to turn itself “off” again. At this year’s GeekCon Makers conference, participants decided to make a useless machine, but in place of a simple box, they made a model of the HAL 9000 computer from 2001: A Space Odyssey.

Rather than the normal “useless” configuration, it turns itself “on” instead of “off” in an apparent nod to the fact that the computer didn’t want to be disconnected in the movie. One Arduino controls a projector for the “eye” assembly, while another takes care of the servos and audio. HAL’s sounds are stored on an SD card inside an Adafruit Music Shield. 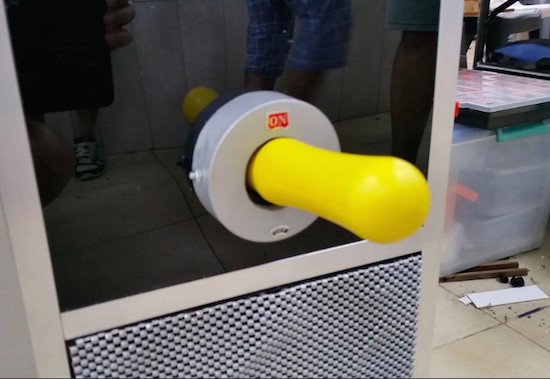 Behind the eye, made out of round lamp and a red plastic diffuser, there is a projector. The projector is connected to Arduino TVout which only outputs a white filled circle that also changes its diameter based on microphone input. Having the circle moving according to the sounds gives HAL’s eye more realistic look.

The second Arduino was in charge of servos and audio. We divided the tasks to two Arduino Uno to avoid collisions in PINs requirements.

You can find more information on this project on its blog and in Hackaday’s recent writeup. If you just want to see the Arduino code, it’s available here.