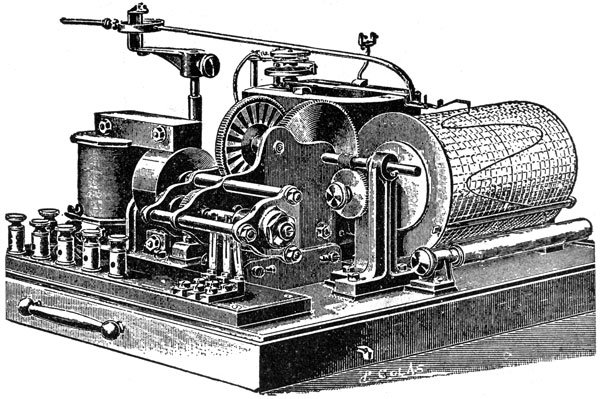 Here is the history of the oscilloscope, building up from the discovery electricity to the modern era through the first rudimentary measuring tools using frog legs.

The oscilloscope is one of the most useful tools in the engineer or hobbyist’s repertoire—it takes measurements of voltage and displays it in a waveform over time to convey information on frequency, amplitude, and noise from just a quick glance.

Here is the first part in a series of the history of the oscilloscope, building up from the discovery electricity to the first rudimentary measuring tools using frog legs.

Hopefully, the next time you are observing a crisp, smooth sine wave, you can appreciate the oscilloscope’s journey.

Electricity is a natural phenomenon (think lightning or electric eels), but its early manipulation by humans looks quite different than what we have today. Before the oscilloscope could even be needed as a tool, ancient cultures were aware of the existence of static electricity when rubbing a material such as amber against fur. Although, at this time it was believed that the static electricity buildup was actually magnetism.

In the 1600s, a more systematic investigation of static electricity was performed by William Gilbert, an Englishman who was all at once a philosopher, a physician, and a physicist. He is most famous for his book, de Magnete, in which he differentiated the magnetizing effects of lodestone from the static charge attraction by rubbing amber. He called this latter phenomenon “electricus”, rooted in the Greek word for amber, “elektron”. 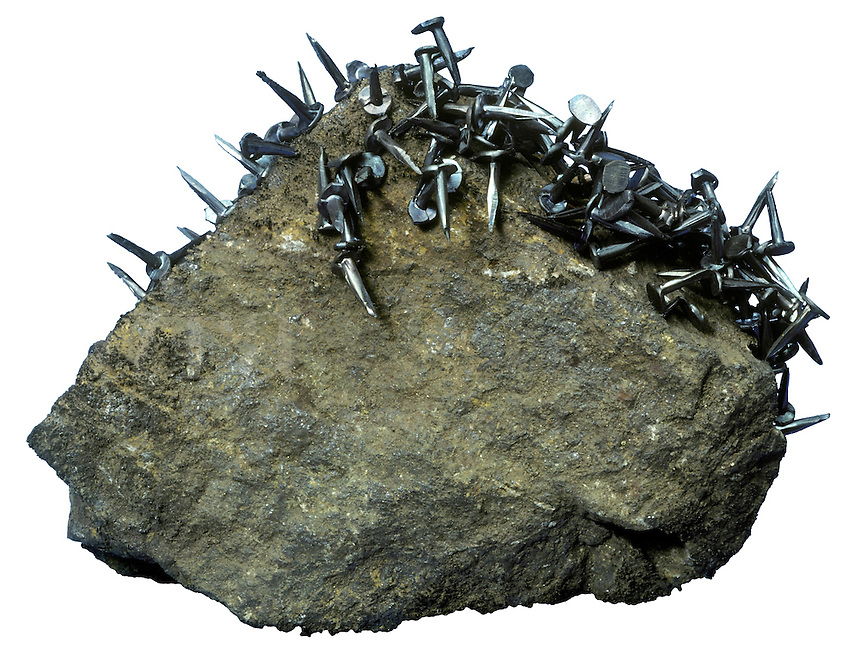 Lodestone is a naturally occurring, magnetic mineral. Magnetism and static electricity, while related in some ways, were mistaken to be the same thing. Image courtesy of Mira Images.

In subsequent centuries many other scientists would begin to build upon the knowledge of electricity. One of the most well-known being Benjamin Franklin who theorized the positive and negative elements of electricity, and performed the kite experiment: tying a key to a kite during a lightning storm to prove that it was flowing electricity.


The 19th century would prove to be particularly enlightening—the era of Thomas Edison, Nikola Tesla, Alexander Graham Bell, among others, would create an explosion of electronic inventions that would become an essential part of daily life for the average person, such as the lightbulb, alternating-current, and the telephone. It’s during this time that tools to measure electricity became more important to the innovation that was occurring at the time.

In the 18th century, frogs were a commonly used animal in scientific experimentation. Their muscular, vascular, and neural systems were easy to observe, they were readily available, and reproduced quickly.

In 1781, while dissecting a frog for an unrelated experiment, an electric discharge from a scalpel caused the legs of a frog to twitch when it was in contact with a nerve. Luigi Galvani, an Italian physicist, physician, and biologist, then discovered that creating an electrical connection between the nerve and the muscle of the frog’s legs would cause the leg to twitch when a voltage was applied. This lead to the « Frog Galvanoscope », a tool that sounds a little macabre but proved to be useful for future experiments using electricity.

The frog galvanometer was gruesomely constructed by removing a frog’s leg with its sciatic nerve, skinning the leg, and then creating a connection between the nerve and the foot of the frog with wire. The leg was then inserted into a glass tube with the nerve protruding. The frog galvanometer would twitch when a circuit is created and broken, and was very sensitive, which is part of why it remained in use well after the electromechanical galvanometer was invented in1820. The drawback was that obviously, the leg would need to be regularly replaced and that its sensitivity was directly linked to how recently the frog had been alive. Interestingly, frog legs that were staler were able to convey the direction of a current: from nerve to foot, the leg would only twitch when a circuit was created, and from foot to nerve, the leg would twitch only when a circuit was broken.

A frog leg galvanoscope which twitched when a circuit was created or broken. Image belongs to the public domain and sourced from Elements of Experimental and Natural Philosophy, fig. 348, London: Henry G. Bohn, 1861.

Galvani theorized that the frog galvanometer was proof of electricity as a vital force in living things. However, the eventual invention of the voltaic pile demonstrated that electricity could be produced using non-biological materials.

Here is the second part in a series of the history of the oscilloscope, covering how the link between magnetism and electricity lead to the electromechanical galvanometer, and the first recorded waveforms.